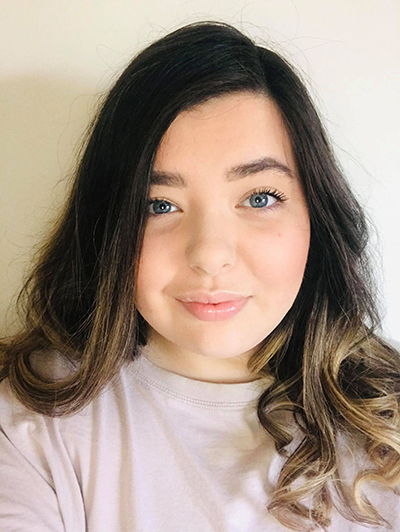 Lucy is a Bath Spa University graduate who studied BA Drama. Her love of production, directing, performance and media saw her co-direct ‘The Heist’, a Bank Robbery gone wrong comedy (created before it was cool!), and ‘The Last Crimson Ball,’ an adaptation of Hans Christian Andersen’s 'Red Shoes', which was performed in Bath’s St John the Evangelist church. Since graduating in 2016, Lucy has developed her love of all things photography! After finishing a photography course in Malvern, Lucy’s work was exhibited in Malvern Library, and she has taken photos for Herefordshire businesses, including Auburn by_Amy, V E Morgan Transport, and Vanilla Blanc London, as well as for private commissions; her photos proudly hang in people's homes, which makes her feel like a total badass! CAHW will be Lucy’s Directing debut since graduating and she is excited to be a part of this amazing show. Check out her work @lvbrownphotography and @brownerlucy.

Why do you do what you do?

If I’m honest, I wish I did more. I have always had a creative mind and love being a part of all the aspects of Theatre and Photography. When I am doing my photography, directing, writing, collaborating or even teching a show, I am in my element. It is where I am my happiest, and I get to switch off from everything else around me. I get in the zone!

What’s your role in SparkFest?

I am the Director for the show Cat and Her Whittington, written by Gabrielle Finnegan. It’s a must see, even if I do say so myself!