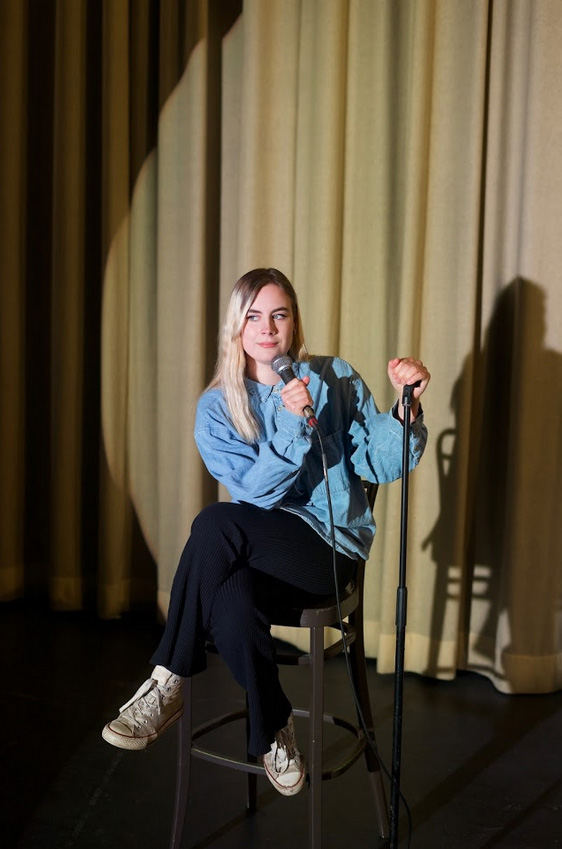 Originally from Brighton, Holly is an acting graduate, stand-up comedian and drag king based in Bath. After leaving university, Holly has co-founder the theatre company 'From Rags to Witches', and started hosting her own open mic comedy night in Bristol. Over lockdown, Holly started running the podcast 'This is Awkward' on Spotify and went on to win a stand-up comedy competition as part of Larkhall Festival. In her personal life, Holly loves yoga, art and all things vegan and is excited to see where her career takes her.

Why do you do what you do?

I love the feeling of making someone laugh, it makes me feel as if I have improved someone’s day even just for a moment. Acting also gives me the creative freedom to put myself in someone else’s shoes and find sides of myself I never knew were there.

What’s your role in SparkFest?

In Sparkfest I co-wrote the short film ‘Super Spreader’ and took on the role of editor. Editing is my favourite part of the process because I love exploring how music, cuts and camera work can drastically change the overall tone of a project.